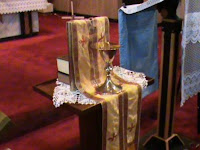 Saturday, June 27th was the last day to bid farewel to the former Apostolic Administrator of the Eparchy of Ss. Cyril and Methodius, Fr. John Fetsco, CSsR. Funeral liturgy presided by H. E. Bishop John Stephen Pazak, CSsR filled the cathedral of the Nativity of the Mother of God in downtown Toronto with clergy of both Byzantine and Latin rites of the Catholic Church, as well as laity, who have had in person of late Fr. John not only spiritual shepherd, but also a friend. Cantors assisted by Fr. Williams joined in prayer clergy from all around the Eparchy, including Fr. Kormanik, pastor of the Cathedral church, Fr. Mucha from Hamilton, Fr. Vavrak from Windsor, Fr. Comeau, and Fr. Girhiny, former pastor of Welland. Representing Slovak Roman Catholic Parish of Ss. Cyril and Methodius in Missisagua was Fr. Vano, and present were many many others. 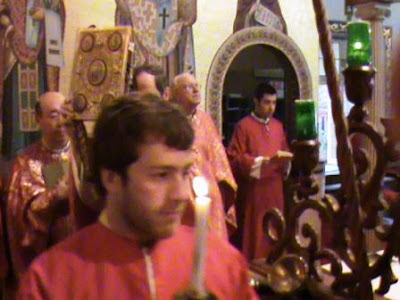 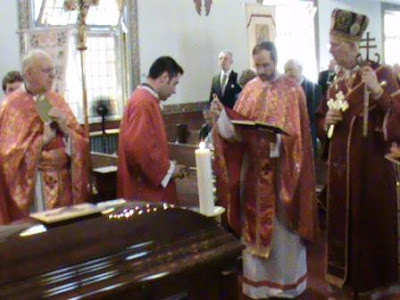 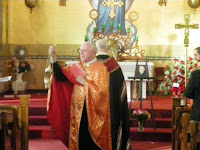 Bishop John S. Pazak, CSsR, priests of the Eparchy of Ss. Cyril and Methodius, as well as those of the Congregation of the Most Holy Redeemer - Redemptorists gathered with the faithful of the eparchy on Friday evening, June 26th in prayer of Parastas for the soul of our beloved departed Fr. John Fetsco, CSsR.

"With the Saints, O Christ, give life to the soul of your servant, where there is no pain, sorrow, nor mourning, but life everlasting." 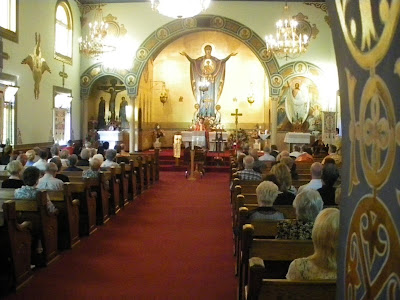 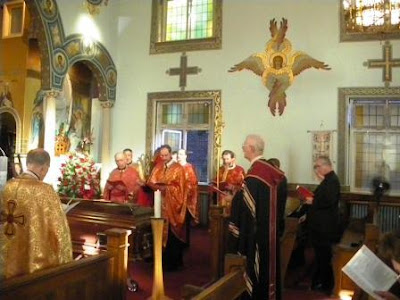 Fell asleep in the Lord, June 23, 2009 in Unionville in his 80th year. Fr. John, member of the Congregation of the Most Holy Redeemer (Redemptorist Congregation), was born December 20, 1929 in Pringle, PA, USA. After completing his elementary and secondary education in his hometown, Fr. John made his profession as a Redemptorist August 19, 1950 in Yorkton, Saskatchewan. Fr. John was ordained to the priesthood May 13, 1956 and began his service in the Lord’s vineyard at the Nativity of the Mother of God (St. Mary’s) Byzantine Slovak Church in Toronto. During his priestly life, Fr. John served several Slovak and Ruthenian parishes in USA and Canada. In 1987, Fr. John was appointed the first rector of the Byzantine Slovak Cathedral of the Transfiguration and served there until he retired in 2005. During this time, Fr. John’s responsibilities also included those of being the Apostolic Administrator for the Slovak Eparchy of Saints Cyril and Methodius (1996-2000). Fr. John was a devoted priest and religious who was especially generous and supportive of the then persecuted Byzantine Slovak Church in Slovakia. Fr. John enjoyed the time he spent as a chaplain to the Slovak Sokol and being a member of their bowling team. Many lasting friendships were formed during that time. Fr. John’s enduring enjoyment was his Monday game of golf.

Fr. John was predeceased by his parents Wasyl & Helen, his sister Katerina and his brothers Wasyl, Jr., Demetrius and Harry. Fr. John is survived by his sisters: Margaret, Anna, Mary, Helen, Julia and their families. Fr. John will be missed by his many relatives in USA and Slovakia. Fr. John will be fondly remembered and sadly missed by his Redemptorist confreres, fellow clergymen and his beloved parishioners, who throughout his lifetime became dear friends.