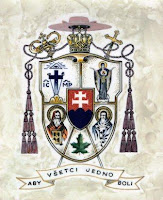 Second half of May and first half of June of 1983 was marked in Canada by the visit of Eastern catholic communities of Canada by His Eminence Wladyslaw Cardinal Rubin, Prefect of the Congregation for Eastern Churches. His visit to our Eparchy started on May 15th in Montreal, where he celebrated Divine Liturgy together with Bishop Michael, and fathers Šinaľ, Novotný SJ, and Mondok. This liturgy was in fact the "odpust" liturgy for their parish feast of the Ascension. Our special guest was present in the cathedral of Toronto on June 11th 1983 and very next day visited also the magnificent shrine of Hamilton. Cardinal Rubin was born September 20th 1917 in the Polish town of Toki, and finished his theological studies in Lebanon. He was ordained a priest on June 30th 1946. His ministry included rector of the Polish college in Rome in 1953 – 1958, representative of the Primate of Poland for emigrants, ordaining bishop in Gniezno, Poland and titular bishop of Serta between the years 1959 – 1964, General secretary of the Synod of Bishops between the years 1964 – 1979. Holy Father John Paul II appointed him as Prefect of the Congregation for Eastern Churches on June 28th 1980. He resigned from this position on October 30th 1983 and died November 28th 1990. 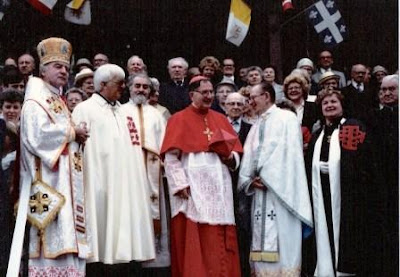 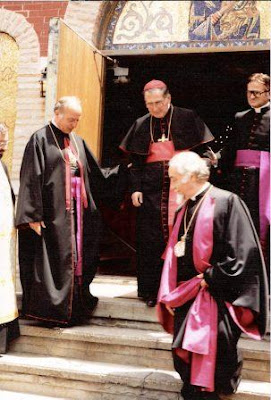 Article by: Daniel Černý, photos from the archive of the author. Author wants to express his warmest thanks for donation of this photos by Mrs. Suchy.
Posted by Daniel at 12:00 AM